In July 2013, Evan moved from Los Angeles to Jerusalem where he currently lives with his husband Rabbi Donald Goor . Evan received his ordination as a cantor and his Master’s in Sacred Music from Hebrew Union College in New York and served Temple Isaiah in Los Angeles as its cantor for 25 years. Evan also received his Bachelor’s Degree from the Manhattan School of Music and a Master’s Degree in Public Administration from the City University of New York.

In 2014, Evan Kent earned his doctorate in music education from Boston University. His doctoral research examined how music at Jewish summer camps in North America assists in the development of Jewish identity.

He is currently on the faculty of Hebrew Union College in Jerusalem where he teaches liturgy and sacred music.  Evan was also member of the editorial committee for the new Reform High Holiday prayer book, Mishkan HaNefesh.

Evan has starred in Jerusalem productions of “Guys and Dolls”, the musical drama “Next to Normal,.” “Avenue Q”, “Singin’ in the Rain,” Sondheim’s “Assassins,” “Cabaret,” and “She Loves Me.” Evan also portrayed Yitzchak Rabin in a new musical drama (“November”) that dramatized the last week of Rabin’s life.

Evan’s one man show “Shards-Putting the Pieces Together” has been presented in Jerusalem, Prague, and throughout the United States. In the upcoming season, “Shards” will be performed in San Antonio, San Diego, Nashville, Manhattan, Santa Rosa, and Chicago.

When not singing, acting, or teaching, teaching, Evan is an avid runner having completed a dozen marathons, many half marathons, and ultra-marathons.

From the streets of Jerusalem to the villages of Eastern Europe to the suburbs of Long Island in the 1960s, “Shards” transports you through the generations and across continents.

When you experienceShards: Putting the Pieces Together  you encounter the past, embrace he present, and imagine what the future can be.

I’ll share with you the story of my Aliyah (moving to Israel) along with stories of my grandparents’ immigration from Eastern Europe to the United States.

Invite Evan to your community for a memorable weekend. You’ll experience Shards, learn about the stories we tell and the stories we remember, and be moved emotionally and transformed spiritually as you experience the power of intergenerational storytelling. 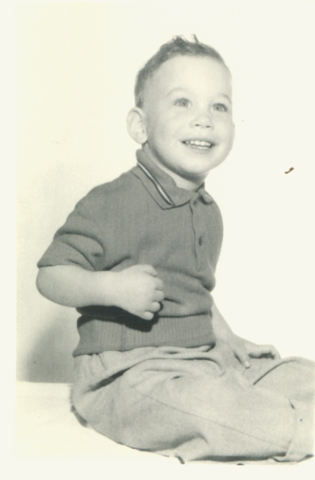 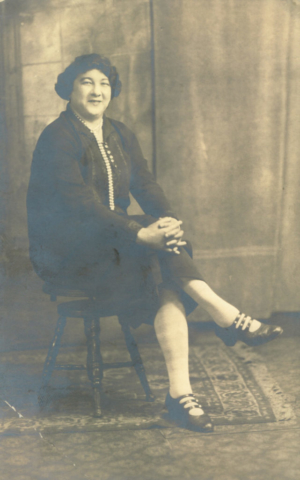 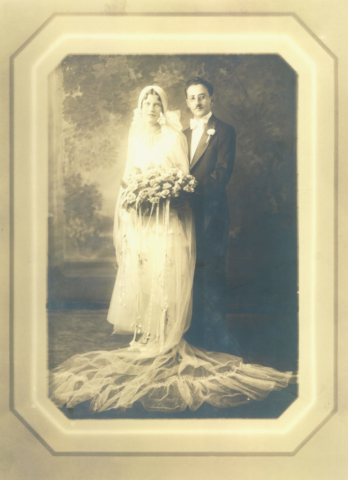 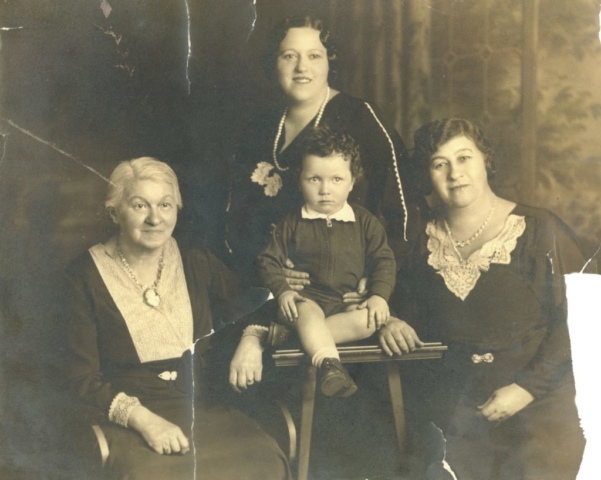 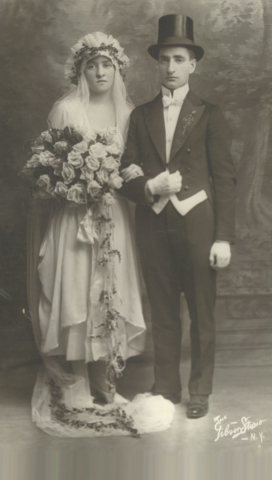 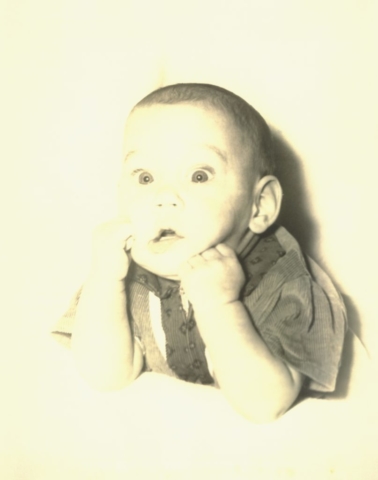 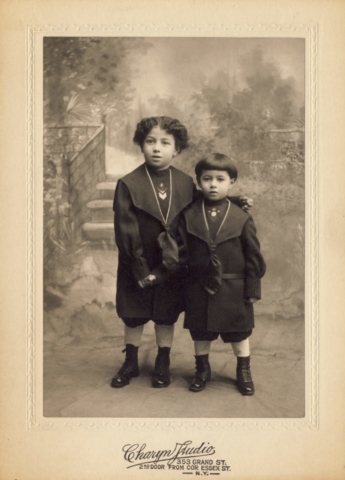 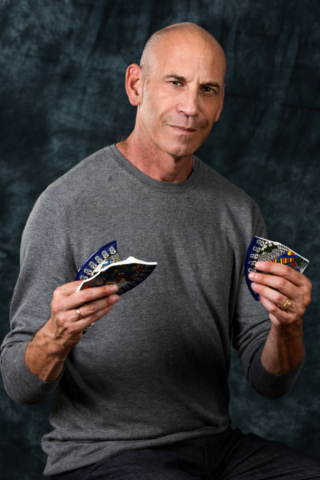 What People are Saying

Evan Kent’s one-man show, “Shards-Putting the Pieces Together,” is terrific! If I didn’t know better, I’d think he and I came from the same family, but even if your people didn’t flee Eastern Europe and head to New York’s Lower East Side at the turn of the last century, you will laugh and you will sniffle. At its core, “Shards” is a masterfully told story of family, love, memory, honor, and—most of all—of being human. Don’t miss it!

“full of verve, and reflection”

I grew up going to Temple Isaiah in Los Angeles, with Cantor Kent’s voice booming at Shabbat services, High Holiday services, and Bat and Bar Mitzvahs. Every time he opened his mouth in prayer and song, it was a direct line to spirituality. His voice sends a shiver and a calm. It’s its own presence. Its own thing altogether. (A miraculous thing.) To see ‘Shards’ is to peak behind the Cantor on the Bimah and discover a human being who worries and loves and runs and creates. It is a chance to witness a voice expanded — to get a glimpse of Cantor Kent’s family and life and beautiful mind unfurled onstage. In ‘Shards,’ he is exuberant, hysterical, full of verve, and reflection…

Jaime Lowe, freelance writer and frequent contributor to the NYT

“Shards” is something special, as is Evan…”

Cantor Evan Kent’s show “Shards” is a gift you owe yourself.  This moving show about Cantor Kent’s family transcends the particularity of one person’s story, touching on themes that connect to all of us. The show touches on themes of immigration, belonging, and identity, as well as home – the search for home, what it means to be at home, and how we make our homes in the world and throughout history.  “Shards” is at times funny, at times sorrowful, always smartly done, and above all beautifully poignant. Most of all though, this show is a chance to hear Cantor Kent’s soulful and gorgeous voice as he performs his original music. “Shards” is something special, as is Evan.

“Fascinating glimpses of a past Jewish generation…”

Absolutely wonderful, insightful show! Evan tells his family’s story (which speaks to all of us) so masterfully, with beautiful singing, fascinating glimpses of a past Jewish generation, and even a charming puppet

“Evan Kent’s “Shards” is a master”

“Evan Kent’s “Shard’s” is a tour de force! He brilliantly weaves together vignettes of multiple characters and voices into a hilarious and moving 75 minute window into his life of song, comedy, puppetry, family, friendships, and Judaism featuring his own original lyrics and music as well as popular music. I highly recommend Evan’s show for your community!

Evan Kent is a wonderful storyteller, a gifted musician, and an inspiring performer. Shards is full of characters and colors, and Evan masterfully draws the audience into his family history with a mixture of nostalgia, humor, and insight. I highly recommend Shards!

“Shards,” written and performed by Evan Kent, is a sweet and poignant musical story of multiple generations of his family. Evan is the only performer, but his story-telling is constantly interesting and amusing, and his singing voice soars.  One actor does it all! I had to see it “virtually,” but I am sure that “Shards” will be even more compelling on a live stage.

“was a uniquely inspiring…””

“Shards” was a uniquely inspiring and thoroughly enjoyable production.  Evan Kent brought us into the inner life of his family in a most extraordinary fashion, in a manner that reminded me of how a madeleine once served to unleash a floodtide of memories.  The appeal of “Shards” is universal; its message is deeply personal.

“Evan Kent is a terrific performer, so engaging and personable…”

In “Shards”, Evan Kent  is a terrific performer, so engaging and personable. In the live-stream setting, I felt as if he was  in my living room telling me about his own life. The songs Evan has written for “Shards” are touching and beautifully sung, and so well-integrated in the engaging story. This is an important work for families, and for our time.

“SHARDS is a delightfully poignant”

SHARDS is a delightfully poignant look into Evan’s story through word and song. The touching vignettes are even more meaningful because they remind us of our own stories.

“A touching, beautiful and intimate performance delivered by the remarkably talented Evan Kent. Some stories can only be told with a voice like Evan’s.”

“Kent is truly a masterful storyteller”

“Kent is truly a masterful storyteller, enthralling us as he brings to life his grandparents’ journeys from Europe to America and the effect their lives had on shaping him… Enjoy a magical evening with Cantor Kent and his family and see how the shards actually come together and make a beautiful ‘whole.’ “

“straight from the heart…””

“Evan’s show “Shards” is written straight from his heart. It’s about his family, his-story, but it’s not ABOUT him. It’s about the love that connects all of us. You will laugh and be moved to tears as he so sweetly tells and sings a story that honors the courage to keep moving forward. “Shards” celebrates the strength it takes to break apart the things that are holding you back and then to travel as far as it takes to begin to put the pieces together anew to build a better life.”

“In Shards, Evan Kent brings a Broadway voice and a cantor’s soul to his life’s story, growing up in New York, working in Los Angeles for a quarter century, and making Aliyah later in life.  Along the way he evokes his grandparents, his upstairs neighbor in Jerusalem, and even his cat of blessed memory.  It is a deeply touching performance.  See it if you can.”

“Evan Kent’s “Shards” is a master”

“Evan Kent’s “Shards” is a master world in storytelling! The way in which he brings his characters to life can’t help but stir memories of our own grandparents and family of old. He captures his upstairs neighbor, Miriam (Rabbi Barry’s wife), so masterfully, you feel like you have known her (or someone just like her) for years. Evan’s voice is pure perfection— one could sit and listen to it all day long. I wish he would sing all my musical theatre favorites. But more than anything, “Shards” feels like a warm hug and a poignant walk through a family photo album all at the same time. Evan leaves his audience wondering about the nature of their own identity as he explores and so vulnerably shares his own.

“At the risk of mixing metaphors, what Evan Kent has created”

At the risk of mixing metaphors, what Evan Kent has created from the shards that give title to this poignant, inspiring production is a bona fide kaleidoscope of lives, historical context, culture, music, and… yes, puppetry. A detail comes into view, a pattern begins to emerge — and a few seconds later it seems as if we’ve moved on to a new topic, but in the final minutes the dizzying variety of material forms a structure so complex, convincing and moving that we can only marvel at the skill with which our narrator has led us to this realization. Kent is a wonderful actor and superb vocalist, but above all he is an inspired raconteur, and over the course of his narrative he shows us over and over that storytelling is a high art. This is a production that brings together generations, both by the virtue of its material and thanks to the timelessness of Kent’s performative skill — there is both child-like innocence and the wisdom of several lives’ worth of experience in his narrative persona, and when we laugh, we often do so, as Chekhov liked to say about his characters, through tears.